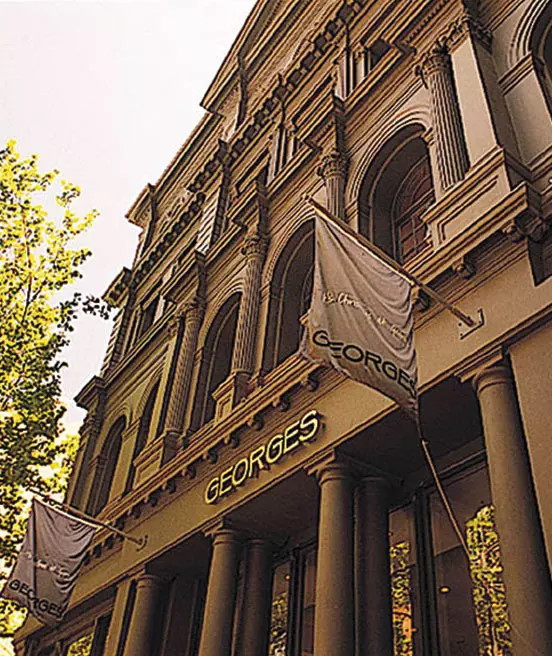 A look at how the well-to-do shopped in Melbourne at "Georges" in the 1900s. This trend-setting multi-level department store's motto was "Quod facimus, Valde facimus" (What we do, We do well) and exemplified a philosophy of exclusive goods and meticulous service.

The "Georges" building was originally built for the Equitable Co-operative Society in 1883. Designed by architects John Grainger and Charles D'Ebro and built on land owned by Scots' Church, the building was constructed in classical revival style in 1883 by David Mitchell.

The Equitable Co-operative Society soon went bankrupt, and land boom speculator and politician B.J. Fink had the building extended in 1887 through to Little Collins Street, the alterations designed by architect David Christopher Askew. Georges (founded by brothers William and Alfred George in 1880) moved in after a fire forced them to move from their original site further west in Collins Street in 1889, with "Georges" at 162 Collins Street soon becoming Melbourne's most exclusive shopping address.

In the time since, George has been restored to modern standards and new tenants have moved in, including us, The George on Collins. 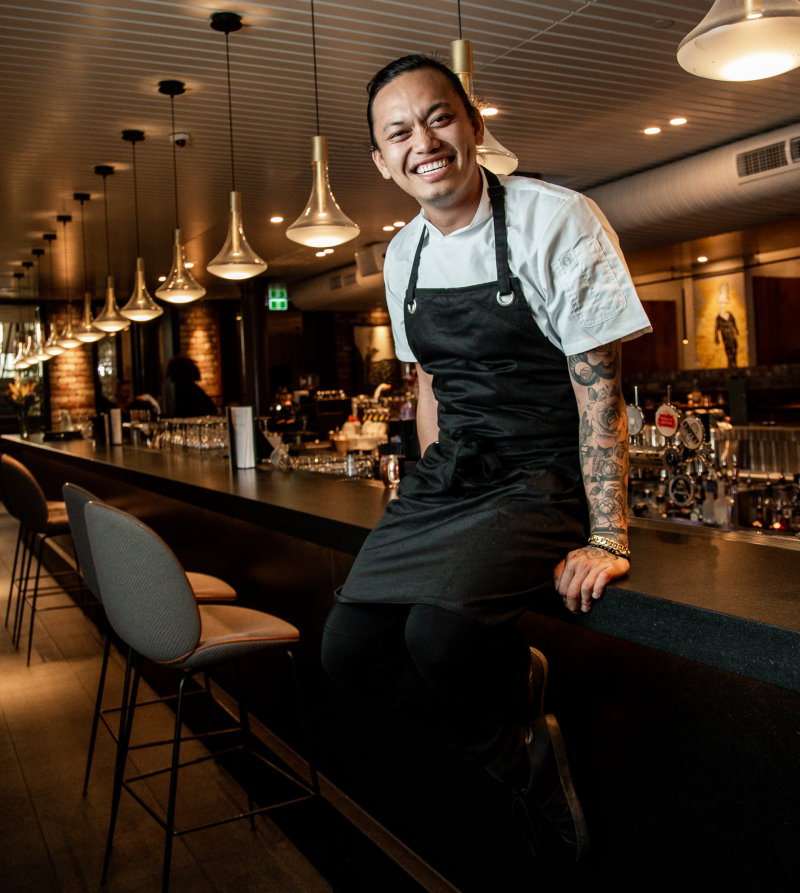 Khanh Ong, former DJ and Masterchef contestant is a proud partner of The George on Collins, bringing his creative flair, knowledge and expertise to the table (literally). You may see Khanh hosting on a Friday night, running food, or in the kitchen, spreading his love in all areas of the business. We’re so thrilled to have someone as knowledgeable and reputable as Khanh part of our team here at The George On Collins.

The South East Asian-inspired menu at The George on Collins captures the flavours of his Vietnamese upbringing and reinterprets some dishes he ate as a child. He worked alongside head chef Anup Saha to curate the menu.

We hope you enjoy all the tantalising and creative flavours as much as we do. Make your next lunch or dinner outing with us at The George On Collins.